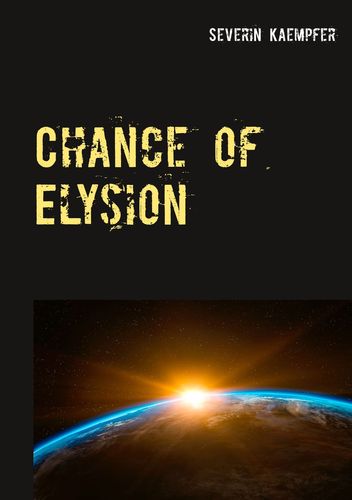 Finding a homestead on Trappist-1 E

Mehr erfahren
Beschreibung
TRAPPIST-1 E is a new chance for humanity and scientists finally found a way how to reach that place. In Elysion town they build the first human colony outside of earths star-system. But shortly before arriving on TRAPPIST-1 E, they meet an old friend: Greed and Hate. There is an explosion on the colony ship and on the planet the colony is repeatedly attacked for no reason by traitors, the separatists. When the Separatists send an encrypted signal to Earth, the mayor of Elysion Town, Cooper, begins the rescue of the colony. Can humanity change or is this its nature? Cooper needs to rescue his daughter Sophie from the hands of the separatists and wants to keep her, as well as her little sister Shannon, from living under bad conditions.
Autor/in

Severin Kaempfer is an 17 years old, in summer 2018 he started an apprenticeship as programmer.