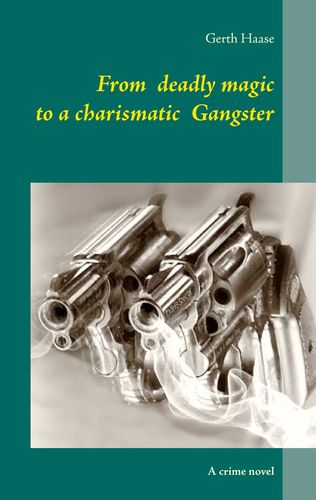 From deadly magic to a charismatic Gangster

Mehr erfahren
Beschreibung
The pain drove him to the magical powers of an unknown power to operate and the doctor inflicting pain, had dared to issue a betrayal of his wife's health. With the help of a priestess pulled off this mission and it should not remain only in one.
Under the influence of alcohol, he lost his caution and spoke grandly with another intoxicated guest on the methods of magical powers that gave him an inner satisfaction, a sense of relief, of relaxation and living being. Ironically Gangster heard his booming, audible to everyone talkativeness and put him for their own purposes.
A competitor should be turned off, a venture that threatened to collapse. But it was a lousy tour run, a tour in the swamp of capital criminals pulled him deeper and deeper deeds and dastardly corruption.
Under the protective mantle of the syndicate, he learned how to forgive debt and interest one rubs; how to earn money with dereliction of duty, murder and theft. Although he was not the biggest lion in the desert of life, but he was a lion; expanded the business, it formed a new and organized it on its way.
But his worst enemy set a trap for him, wanted to trigger a rival gang war to weaken the authorities themselves. This called for retribution, denunciation, after breaking his power over all his colleagues. Mined cars exploded, followed bribes and corrupt officials were responsible for the suspension, but then the war started until properly.
Autor/in