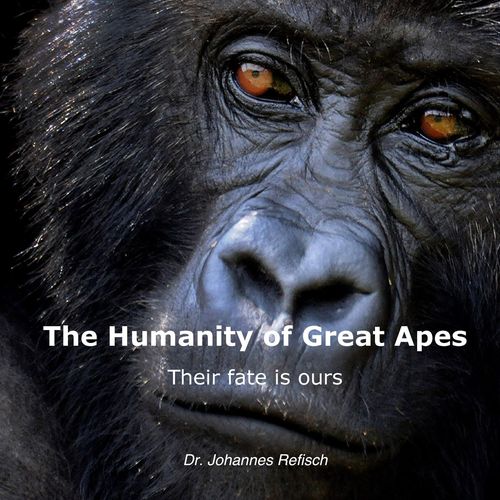 Their fate is ours

Mehr erfahren
Beschreibung
The beautiful photographs in the exhibition, “Their Fate is Ours: The Humanity of Great Apes”, are more than pretty pictures. They tell a story of the long and often difficult relationship between humans and great apes in Africa and Asia, and offer a glimpse of a world that hangs very much in the balance.
Can anyone look at a photo of a mother gorilla cuddling her infant and not imagine their own child? Doesn’t a chimpanzee’s foot look like your own? Isn’t the mischief in an orangutan’s eyes clear to all?
Biologist and photographer Johannes Refisch has captured fantastic images that highlight the similarities between humans and great apes. Despite these similarities, we insist upon clearing great ape habitat to make way for human development, destroying the rainforest homes, savanna fields, and mountaintop retreats in the process.
Autor/in