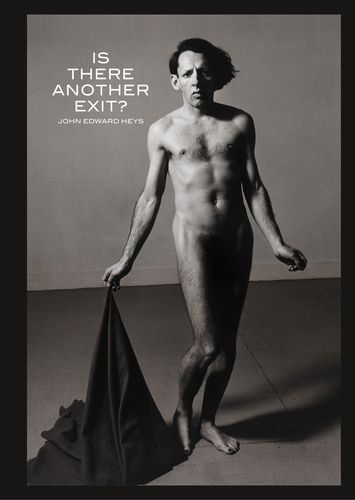 Is there another exit?

Mehr erfahren
Beschreibung
This is a collection of people, memories culled from a list of 300 via excellent photos & scans, some of them vintage and whatever else I found in extraordinary artists & a good dollop of fabulous lunatics.
All are cherished & memorable from my arrival in NYC until I left and it was a most extraordinary time.
Copyright, John Edward Heys 2018
Autor/in

John Edward Heys is an American independent filmmaker, actor and writer who lives and works in Berlin.
He was born and raised in New Jersey. Upon his father's death two days after Heys' 12th birthday, he was enrolled and educated (grades 7 thru 12) at a private boarding school in northern New Jersey. Upon graduating from secondary school, Heys moved to Miami Shores, Florida, to the home of his maternal aunts.
After two semesters of college majoring in Liberal Arts, Heys moved to New York City in 1968 and became part of the East Village and West Village alternative life and LGBTQ culture. In August 1969, he founded America's first bi-monthly newspaper for the LGBTQ community, Gay Power, the official title totaling 24 issues and was editor until August 1970. One of its covers was created by Robert Mapplethorpe. The newspaper also contained illustrations by Touko Laaksonen, better known as Tom of Finland, as well as regular contributors as Arthur Bell, Taylor Mead, Charles Ludlam, Pudgy Roberts, Bill Vehr, Pat Maxwell, Clayton Cole and regular columns from all of the active LGBSTG groups, from the most conservative Mattachine Society to the most radical The Gay Liberation Front, and all the other groups in between. Heys created several one-man performance pieces and he acted with Cookie Mueller, H.M. Koutoukas, Charles Ludlam, Ethyl Eichelberger and as part of the Angels of Light NYC Group which Hibiscus founded after moving to NYC. Heys was a subject for the artists Peter Hujar, Francesco Clemente, Charles Ludlam, Richard Banks, Frank Moore and numerous other photographers. Heys was a close friend & muse of the photographer Peter Hujar and subject of many portraits. Hujar once remarked upon Heys' resemblance to Diana Vreeland, stating that, "I can take a picture of her and another of you and there is a resemblance".[2] In Berlin he was a friend of Charlotte von Mahlsdorf, the Neue Deutsche Welle (new-wave) band Die Tödliche Doris and to the radical gay-activist Napoleon Seyfarth. Heys made two films of Charlotte von Mahlsdorf, one of Napoleon Seyfarth, and was the subject of an 8 mm short film which Wolfgang Mueller made in 1984 in the legendary 1930's bordello, Pensione Florian. Heys' films have been screened at many worldwide film festivals.