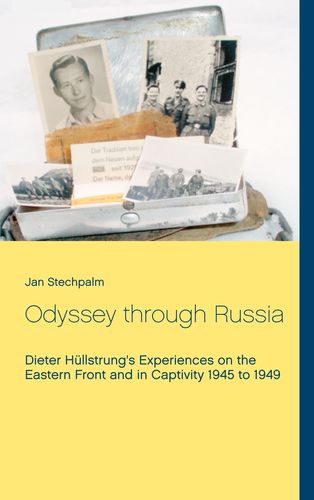 Mehr erfahren
Beschreibung
It is the year 1944 as the 19-year old German high school graduate, Dieter, is drafted by the Nazi army and sent into World War II, which by this time has already been long lost to the Allied Forces. Within months of being sent straight into the confusion and turmoil at the Eastern Front in Belarus he is taken prisoner by Russian forces. And so begins his long and harrowing odyssey through various Russian prisoner of war (POW) camps and an imprisonment that would extend far beyond the declared end of WWII.
This true-story is a concise narrative of a good-hearted young man and his struggle to survive through a time of distorted ideologies, horrid violence, starvation, disease and the devastatingly long, freezing Russian winters.
Autor/in

Jan Stechpalm grew up in Leverkusen, in the Federal Republic of Germany, studied medicine in Cologne and Heidelberg and has been working as a physician for 25 years in Switzerland. He is married, has three adult children and lives near Basel, Switzerland. Writing has become a passion of his throughout the years, resulting in the three poetry books: 'Aus VersEhen' (2008), 'Versiert serviert' (2014) and 'Verwobene Welten' (2017), as well as numerous contributions to various poetry anthologies and this homage to his father's indomitable spirit.