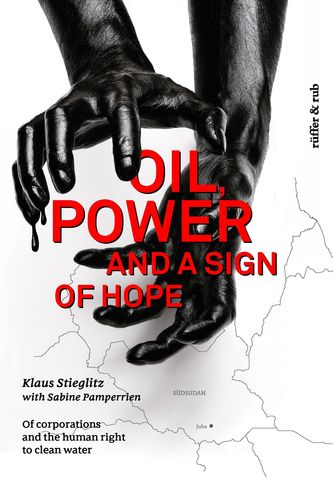 Of corporations and the human right to clean water

Mehr erfahren
Beschreibung
“Mercedes AMG Petronas F1-Team” is the official name of the team that has been operated in the Formula 1 competition since the 2010 season by Germany’s Daimler AG, one of the world’s leading manufacturers of automobiles. The “Petronas” forming part of the racing team’s name is also emblazoned on its legendary Silver Arrow cars. Owned by the Malaysian government, Petronas is a multinational petroleum giant. It, in turn, is also the main owner of companies that have been producing oil for many years in South Sudan, which is the one of the poorest countries in the world. These methods of production have caused an environmental catastrophe. It has seriously damaged the health and livelihoods of the people living there. That the world knows about this catastrophe is the result of nine years of the dogged, often dangerous work undertaken by “Sign of Hope”, the German NGO, which launched.
“Oil, power and Sign of Hope” documents the struggle to get the parties responsible at the oil companies and at their partners of sponsorship to adhere to interna-tionally-applicable standards and, by doing such, to enable 180,000 people to exercise their human right to clean water. Another thrust of Sign of Hope’s endeavors is the preservation of one of the world’s largest wetlands and of its unique biodiversity: There are ways and means of pushing the buttons of the managers responsible for making decisions at entities that are engaged in polluting the environment. These buttons just have to be really strongly pushed.
Autor/in

Klaus Stieglitz studied political and legal sciences, earning a masters degree in the process. He followed that up by conducting field work in eastern Africa, Asia and South America. Klaus Stieglitz has published a large number of articles on human rights and South Sudan, and on other subjects.Since 1997, Klaus Stieglitz has been responsible for Sign of Hope’s efforts to protect human rights. In 2009, he became the organization’s deputy chairperson. “Hoffnungszeichen | Sign of Hope e.V.”;to give the NGO’s full name;is an organization motivated by Christian values. It is not affiliated with a confession. Sign of Hope works to protect human rights and to render humanitarian assistance. It is headquartered in Konstanz, the southwestern German city.

Sabine Pamperrien studied jurisprudence, literature and history, earning a masters and a Ph.D. in the process. Her thesis was on Heiner Müller, the German playwright and director. She participated in a project that researched the history of the German Democratic Republic. After working for TV broadcasters and for a variety of publications;with this including a stint as the editor in chief of a media magazineSabine Pamperrien is now a self-employed journalist. Her clients include the “Deutschlandfunk” national radio network, Zurich’s “Neue Zürcher Zeitung” daily, the Frankfurt-based “Frankfurter Allgemeine” daily, and such magazines as “Das Parlament” and “Der Freitag”. Sabine Pamperrien was the author of the best-selling “Helmut Schmidt und der Scheisskrieg” (“Helmut Schmidt and the damned war”).