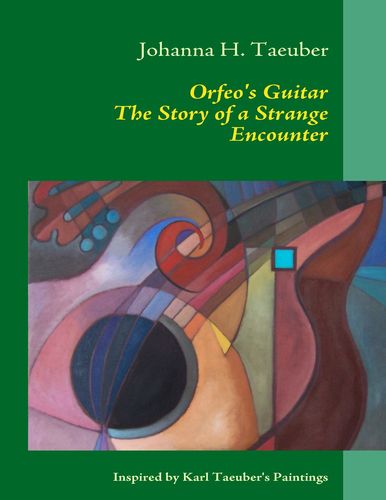 Orfeo's Guitar The Story of a Strange Encounter

Mehr erfahren
Beschreibung
Karl Taeuber’s paintings told me a tale which I should like to share with you.

The story is about a boy called Orfeo who lives in a village in the southernmost corner of Spain, not far from where the shores of Europe and Africa are so close that one can almost touch hands across those narrow straits of the Mediterranean sea. In this village, people live both for, and from, their goats, their olive trees and their vineyards.
However, Orfeo has a dream which can only be fulfilled by one person, a mysterious old man who might just still be alive. He sets out to find this man in a foreign country on the other side of the sea, where a strange secret awaits him…
Awaiting him also is Marabouh, who will, one day, tell Orfeo "I shall
now take you to a place where I have taken no other human being for thirty years, and even before that another thirty years.
So much time must pass, before someone such as you is born, who finds his way here. Someone who knows that he must search for something and who will not give up before he has found it.”
Autor/in