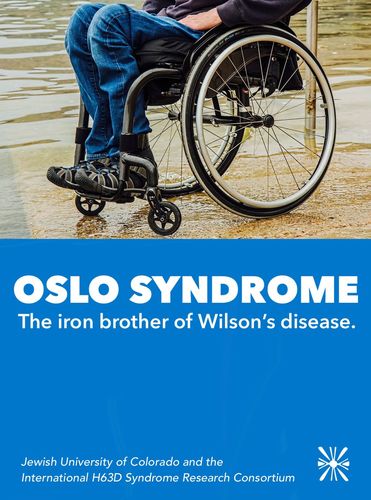 The iron brother of Wilson's disease.

Mehr erfahren
Beschreibung
Evidence-based medicine has shown for many years that homozygous mutations of the HFE gene H63D are by no means negligible. Not only can it provoke, usually after a second hit, rather mild classical hemochromatosis, but it can also cause numerous other disorders of iron metabolism, such as Oslo-Syndrome. The latter is a severe disease which leads to multiple organ damages and is - for reasons that remain in the dark - not as known as Wilson's disease which is a very similar syndrome caused by copper.
Autor/in

Professor of the scientific study of consciousness with the Jewish University of Colorado (JUC) and clinician in a practice for patients with rare diseases.

Clinician, internist and endocrinologist. Senior doctor in an outpatient clinic for rare diseases.

Clinician and General Director of LCG Research Greece and of the Lazar Medical Consortium Group.