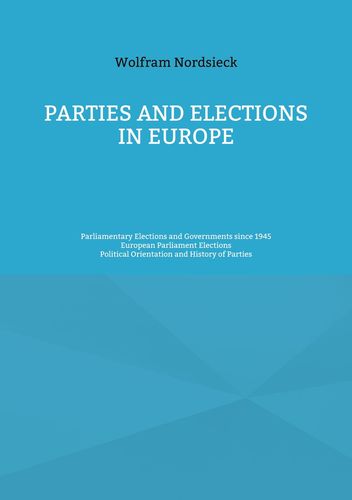 Parties and Elections in Europe

Mehr erfahren
Beschreibung
PARTIES AND ELECTIONS IN EUROPE is a comprehensive reference guide to the parliamentary elections and governments in the European countries since 1945, the elections to the European Parliament since 1979 and to all significant political parties in Europe. Listed are more than 800 parties. The guide includes basic data of these parties (founding years, political orientations, affiliations to political parties at European level, political groups in the European Parliament and political internationals) and a chronological summary of their history (predecessors, name changes, mergers and splits).
Autor/in

The author began his comparative study of political parties, party systems, elections and constitutional laws in the late 1980s. Thereafter he studied law and history at the Heinrich Heine University Düsseldorf (Germany). Today he practices law. The author is founder of the well-known website Parties and Elections in Europe that was established in 1997 and author of the comprehensive reference guide of the same name that has been published annually since 2017.