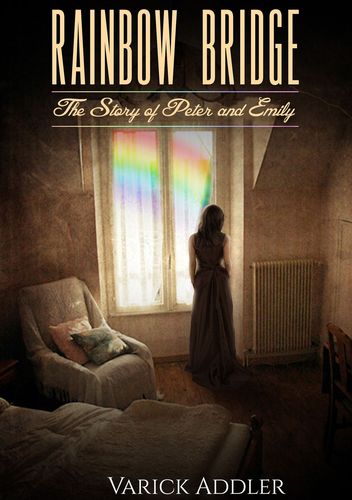 The Story of Peter and Emily

Mehr erfahren
Beschreibung
Life is in chaos for Emily, she is estranged from her family, suspended from work and has no one she loves, her only solace is her addiction to cocaine. Her attempt to take her life is foiled by the handsome neighbour, Peter.
Peter is a man who has grown up with the perfect life and feels Emily deserves another chance of life, one empty of drugs and with happiness. To her there’s no way out until he shows her what love and happiness truly means.
Together they will battle the cankerworm of addiction and dramas that come their way. It is not an easy path and they will have to go beyond their limits and find out where they truly belong and if it is worth fighting for.
Rainbow Bridge is an emotional story of a second chance of hope and the turmoils on the road to recovery and the search for happiness.
Autor/in

Varick Addler is an engaging fiction author determined to follow the footsteps of C.S. Lewis as a master of various genres, writing with the heart of a vivacious Imaginer dedicated to entertaining and putting forth the light of the world based on his faith and visions.

The world is not black and white and Varick doesn’t see a reason his fictional worlds must be written as such, so he writes multicultural, interracial stories with suspense, love, science fiction and action. He writes a range of genres including poetry, mystery, suspense romance, science fiction and adventure stories.

″As Actors, as Novelists -as Artists- we are the last of the shamans, the keepers of fantasy, Knights Templar of the creative! And I think it also helps if you are a Dreamer. I had my dreams all right. And that is something no one can ever take away. They cost nothing, and they can be as real as you like to make them. You own your dreams and they are priceless. I’ve been a lavatory attendant, a theatre usher, a panhandler, all for real. Now, as an Actor and Novelist, I can be a journalist today and a brain surgeon tomorrow. That’s the stuff my dreams are made of.″

At present time he’s working on a Sequel named ″Faith and Fantasy″. The next action thriller of biblical fiction that shows the thrill of an apocalyptic battle between Good and Evil. Readers be warned ...