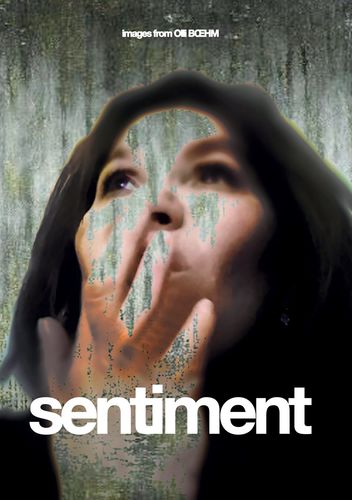 Mehr erfahren
Beschreibung
sentiment is the most extensive photo book of Olli Boehm's
photographic work to date. Against the background of his
soulful pictures. Photographs, partly painted over, digitally
edited or captured in between during his breaks in shooting.
It is not technical perfection that drives him, but rather the
whole thing.
Similar to the famous Saul Leiter, a picture or a story is good
when it touches the heart of the viewer; not technical perfection.
It is the moment, the situation, light, color and motif that inspire Olli to create a picture from the moment.
He presents black and white photographs in their simplicity in their purest form, he contrasts them with overpainted,
processed images.
His imagination will do the rest.
What they have in common is an emotional story that
every picture has to tell.

"Every picture is like a song and this book is the album.
Some images are analog, some are digital. And to be honest:
it doesn't give a shit either. The decisive factor is whether and how it works."
Olli Boehm


Since 1984, Olli has used the camera and the Mac as tools in addition to the brush. Ever since Olli (since 2008 he has multiple sclerosis) he has thrown all his abilities together, has seen what
is still possible for him and this has become his new picture style. In addition to his books he writes or his directing work.
Olli got to know and learned photography in Paris and Frankfurt/Main. Has worked for years as an art and creative director in advertising and is on the road in Europe in the advertising film directing world.
Autor/in

From the very beginning, Olli has lived and worked in the field of visual communication and design. Since the 1980s as a visual artist, photographer, graphic artist, cartoonist and designer. Advertising was his main field of work for a long time; increasingly for NPOs and NGOs. Olli was and is active as an artist. While at the beginning of his passion painting was his focus, due to his MS illness, photography in combination with painting is his current form of expression.
Directing and conception, brainstorming and authorship are what Olli fills with life.
Telling soulful stories is the signature of his work.


"I don't need a super camera, a fully equipped studio or a super model. What I need is an intention, an idea and the freedom to implement it the way I think. That makes me get back in the wheelchair every morning. And if someone likes it, it makes me happy.
Whether mobile phone or Hasselblad, whether pen or oil brush, whether pencil or Mac. Song lyrics, book script, campaign idea or handwritten line. Maybe a combination. The claim comes from the feeling and the visual aesthetics."

Born in Frankfurt/Main in 1967, Rudolf Steiner-School with technical Abitur. Learned photography in Paris and Frankfurt/Main. 1984 awarded the Cologne Art Prize.He collect several awards in advertising like the "Golden drum-Award as an
Art Director, Creative Director, Creative Consultant and director. 2008 multiple sclerosis diagnosis, but still active as a Writer and Photo artist.

"f it doesn't work that way, then it's different." Olli Boehm