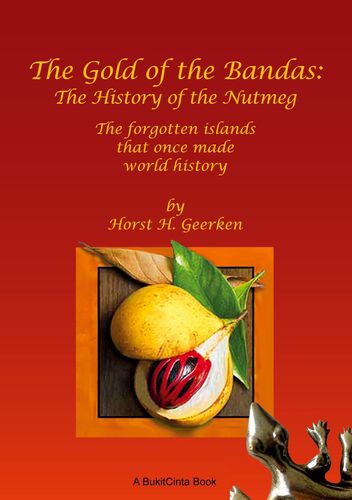 The Gold of the Bandas: The History of the Nutmeg

The forgotten islands that once made world history

Mehr erfahren
Beschreibung
For a long time, the Banda Islands were the only place on earth where the nutmeg would grow. The spice was transported along the arduous Silk Road to Europe, growing ever dearer as it travelled, and when the nutmeg was also touted as a panacea against the plague it became for a while more valuable than gold.

Some of the European powers began a race to find the Spice Islands. They wanted a share in the lucrative trade. The Portuguese were the first Europeans to reach the Spice Islands, followed by the Spanish and the English. The last to arrive were the Dutch, and their arrival triggered conquest, wars and ruthless murder. While the Portuguese, Spanish and English simply wanted to trade with the Bandanese, the Dutch aimed to take possession of the islands. Out of sheer avarice they committed the first genocide in modern history there. Today the Bandas are inhabited almost entirely by the descendants of the slaves brought to the islands by the Dutch.

The book contains many exciting and largely unknown stories about this tiny archipelago, for example, that one of the islands was once exchanged for Manhattan, or that properties on the island of Banda Neira were once the most expensive real estate in the world. This fascinating book documents the history of the Banda Islands and the colonisation of Indonesia. It describes world-shattering events and shows how a little nut altered the course of world history.
Autor/in

Horst H. Geerken has been familiar with Indonesia for more than 55 years. He has travelled all over the country and published several non-fiction works in German about the history of the archipelago, which have also appeared in English and Bahasa Indonesia. Even in his early childhood he was fascinated by the Banda Islands in the southern Moluccas, eleven tiny, forgotten islands that appear on hardly any maps. After several failed attempts to get to the islands because of the lack of reliable transport, Horst H. Geerken finally reached the islands at the end of 2018.