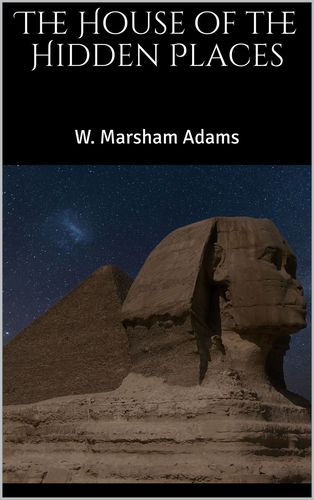 The House of the Hidden Places

Mehr erfahren
Beschreibung
THE singular correspondence which may be traced between the passage-chambers of the Grand Pyramid-called by the Egyptians of old The "Khut," or "Lights"-and the various stages traversed, according to the creed of that ancient nation, by the holy dead in passing from the light of earth to the light of eternal day, was first pointed out by me last year in the pages of the New Review. Previously to publication the article was submitted in substance to M. Maspéro and Professor Sayce; and I desire to express my sincere thanks to those eminent authorities for the recognition and encouragement which they afforded me, as well as to Mr. Mengedoht, the hieroglyphic scholar, for his revision of my work. In the present book the same analogy is worked out in much fuller detail-not completely indeed, for that may well need the labour of years; but sufficiently, I would hope, to present a clear basis for further investigation in either direction. In the case of the Ritual, we obtain what appears to me to be a consistent and intelligible analysis of that hitherto impenetrable creed, through the gradual transformation of the faculties in successive stages of illumination. With regard to the Pyramid, we are led to suggest a spiritual and most far-sighted purpose for its construction. For in that marvellous edifice, the very stones of which in their silent harmony seem to rebuke the idle charges of folly and pride heaped by ignorance upon the architect, we have nothing less than an indestructible and immutable symbol of the national religion.
Autor/in