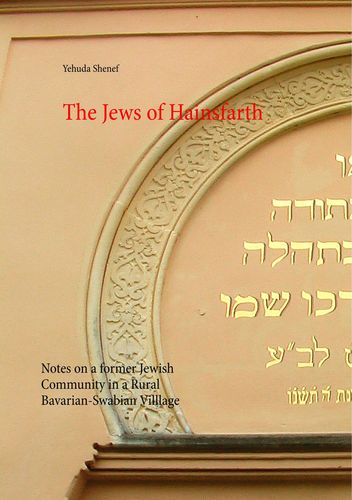 Mehr erfahren
Beschreibung
Hainsfarth is a small town next to Oettingen, located in Bavaria somewhat halfway between Augsburg and Nuremberg, not far from Nördlingen.

At least since the 13th century, Jews lived in Hainsfarth, where they made up half of the population at times.

There has been no Jewish community since 1940, but with the restored synagogue, the recently renovated Jewish school, remnants of a Mikveh and a largely preserved Jewish cemetery, Hainsfarth has a remarkable ensemble of architectural evidence of Jewish life and culture in southern Germany.

The descendants of the Hainsfarth Jews produced scholars, actors and successful bankers. After all, two of the four teachers of the Jewish school were close relatives of later US Secretary of State Henry Kissinger.

The booklet describes with numerous illustrations in short form history and institutions of the Jews of Hainsfarth.
Autor/in