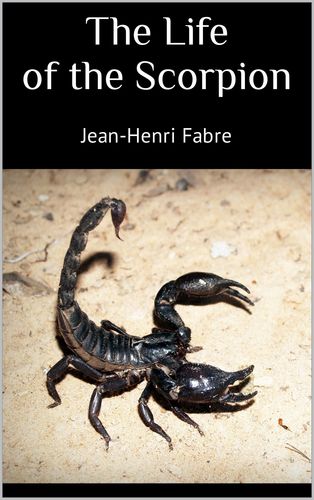 The Life of the Scorpion

Mehr erfahren
Beschreibung
The Scorpion is an uncommunicative creature, secret in his practices and disagreeable to deal with, so that his history, apart from anatomical detail, amounts to little or nothing. The scalpel of the experts has made us acquainted with his organic structure; but no observer, as far as I know, has thought of interviewing him, with any sort of persistence, on the subject of his private habits. Ripped up, after being steeped in spirits of wine, he is very well-known; acting within the domain of his instincts, he is hardly known at all. And yet none of the segmented animals is more deserving of a detailed biography. He has at all times appealed to the popular imagination, even to the point of figuring among the signs of the zodiac. Fear made the gods, said Lucretius. Deified by terror, the Scorpion is immortalized in the sky by a constellation and in the almanac by the symbol for the month of October.
Autor/in