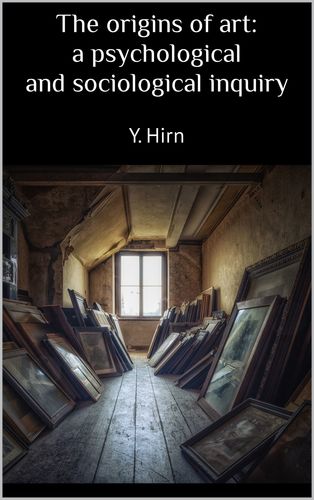 The origins of art: a psychological and sociological inquiry

Mehr erfahren
Beschreibung
When, one hundred and fifty years ago, Baumgarten wrote the treatise to which he gave the name Aesthetica , and which he described as a "theory of liberal arts and beautiful thinking," it seemed to him needful to apologise for attracting attention to a field of inquiry so low and sensuous as that province of philosophy to which he then affixed a name. Many, he thought, might regard art and beauty, which appeal primarily to the senses, as subjects beneath the dignity of philosophers.
Yet the theories and the ideas which were first brought together as an organised body of thought in Baumgarten's short manual had so deeply influenced the speculations of his age that, a generation later, the most important questions of life came to be treated as æsthetic problems. The philosophy of art, far from needing to justify its existence, dominated all philosophy-ethics, metaphysics, and even cosmogony. Imagination was treated as the ruling faculty in all creation, and beauty was referred to as the criterion, not only in art, but in morality. Yet the importance thus given to æsthetic speculation was transitory, and the period during which philosophers were concerned, not only to find a general criterion of beauty for the arts, but also to apply that criterion far beyond the sphere of art, has been succeeded by an age which neglects speculation on art and beauty for other tasks which are regarded as far more important.
Autor/in