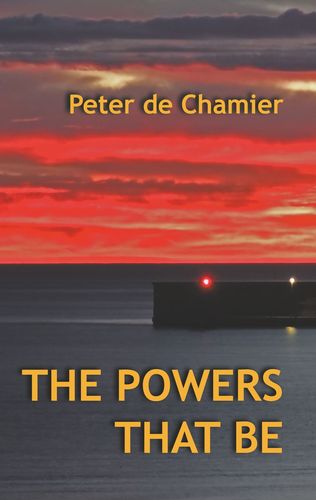 The Powers That Be

Mehr erfahren
Beschreibung
In 1936 Germany and Japan sign a treaty with two oil companies: The two countries divide among each other the oil exploitation in Siberia. The diplomatic courier carrying the German version of the treaty from Tokyo to Berlin disappears while crossing the Soviet Union traveling on the Trans-Siberian Railroad.

Nearly seventy years later Jack Boulder, a Canadian living in the Swiss city of Basel, is asked by the German Foreign Office to trace the original copy of the treaty.

What is so important about an agreement that is outdated? Why does a German government office offer so much money for this task if they know exactly whom to ask for its whereabouts? Soon Boulder realizes that certain parts of the puzzle are not foreign to him.

Driven by curiosity he follows the trails he discovers through Germany, Switzerland, Sweden, the United States and Russia ... and others follow him. The circle closes in Siberia.

Who gets the Russian oil? Who finances the pipelines? Who bags the profits?
Autor/in

Peter de Chamier has a doctorate in history and works for a nongovernmental organization. He has written several nonfiction books which have been translated into seven languages, contributed numerous newspaper articles to the culture and arts sections of several leading newspapers, and writes a regular column in a scientific news magazine.