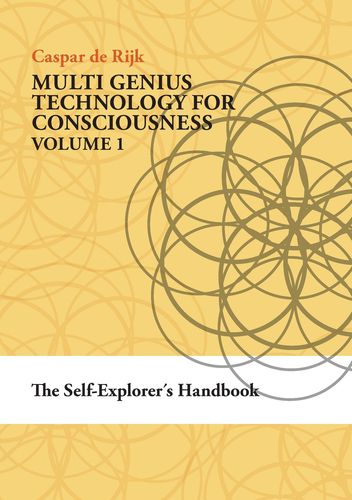 Mehr erfahren
Beschreibung
This book offers a new and simplified approach to explore the mind with the imagination. The book is Volume 1 of a planned series with the title ‘Multi Genius Technology for Consciousness’.
The main thesis is that by use of the imagination any and all limiting mental conditions can be resolved and consciousness itself can be infinitely expanded.
The book opens with a sketch of the underlying philosophical principles, defines a multiple viewpoint system and concepts such as absolute consciousness, truth, the true self, causation and reality. The general science and theory is given in the second part of this book answering questions and covering subjects like the following:
- Is there a science of consciousness or mind?
- What is known about the subject?
- What can we be sure of?
- What is the structure of consciousness and minds?
- What do we know about thought, the self, the unconscious?
A view is presented of an ideal state of man as well as a theory of personal harmony and the cause of distress.
Different methods are described in detail, but it is also made clear that some training will be needed for most to practice the type of self-exploration advised in the book.
Meditation is stripped to the bare bone essentials of pure perception, which the author calls Basic Meditation. Stressed is the importance and quality of communication in processing.
The main technique is called Universal Imagination Processing and uses principles going back to Freud and Jung’s active imagination. The term ‘Quantitative Easing’, known otherwise from central bank monetary policy, is given an entirely new meaning in the context of reprocessing unfortunate past experiences.
Self-exploration is given a programmed sequence of steps and techniques which are called Consciousness Exploration Routes which culminate in an approach to unity consciousness.
The final part of the book shows how a heightened consciousness would translate over into life and introduces concepts of integral beingness and integral thinking.
Autor/in

The author has been professionally engaged in spiritual counseling and life coaching for over forty years and was internationally known to provide counseling in seven languages. He studied psychology at Utrecht University in the Netherlands, in the late sixties. At that time it was almost exclusively behaviorism that was taught.
After that he walked a long road to rediscover the soul, part of which were studies in Eastern philosophy with various gurus, meditation, yoga and a longer involvement in Scientology. When he started to question some dogma and awakened from the dream, the Scientology adventure abruptly ended and in the trail of that his wife and two daughters ‘disconnected’. From then on he started a new life and spent some more years delving into spiritual psychology, philosophy, self-exploration and did a lot of experimentation.
This research was intensified in the last few years after teaming up with co-researcher Claudia Moser. Using a multiple viewpoint approach they reviewed the literature and undertook their own research in order to find the most simple and sound methods to create more harmonious lives.