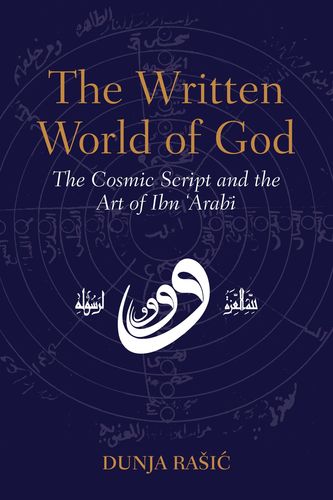 The Written World of God

The Cosmic Script and the Art of Ibn'Arabi

Mehr erfahren
Beschreibung
The Written World of God is the first systematic overview of the science of letters ('ilm al-huruf) according to the great Andalusian spiritual master, scholar, poet and philosopher Ibn 'Arabi (d. 1240). Ibn 'Arabi defined the science of letters as familiarity with the building blocks of the Quranic revelation and everything in the world of nature. Letters are understood as visual and aural signs pointing to the mysteries of existence.
The present study examines how the universe came to be, for what purpose it was created and the hierarchical structure it is endowed with. It is an old story told anew - through the 28 letters of the Arabic alphabet, their orthographic forms and the meanings attributed to them, using Ibn 'Arabi's own diagrams. Although the story could be told through geometric figures or numbers, letters were chosen on the basis of Ibn 'Arabi's doctrine that the meanings carried by the letters fully encompasses the whole of existence: God and the universe.
Autor/in

Dunja Rasic is a Serbian scholar and a research fellow at the University of Belgrade. Her expertise is in topics related to the Islamic philosophy of language, palaeography and Sufism.

Anqa Publishing was formed as an independent company in Oxford, UK, in 1998, and became a limited company in 2018. It works in close cooperation with the Muhyiddin Ibn 'Arabi Society.

It is dedicated to bringing out the works of the great Andalusian mystic, Muhyiddin Ibn 'Arabi (1165-1240), and his line. These writings contain some of the most beautiful and comprehensive depictions of the vision of one reality in all its facets. Known as the Greatest Master, Ibn 'Arabi is unquestionably one of the most profound and remarkable figures in the history of world spirituality. His writings are founded on a totally harmonious vision of reality, integrating all apparent differences without destroying their truths.