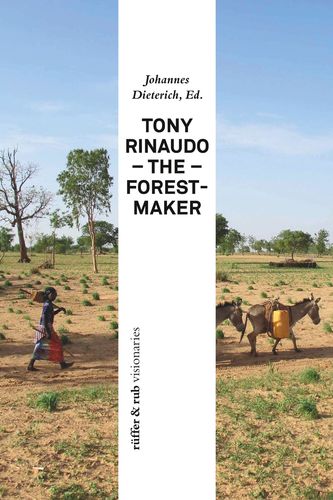 Mehr erfahren
Beschreibung
The Australian agronomist Tony Rinaudo revolutionized reforestation in Africa with Farmer Managed Natural Regeneration (FMNR). His method is based on deploying tree stumps and roots that still grow even in degraded landscapes: thanks to the protection and care of the shoots, the original tree population can be regenerated without major financial costs.
The method is now successfully applied in at least 24 African countries. Where the desert was still expanding 20 years ago, farmers reforest large areas with FMNR: in Niger alone seven million hectares of land were already restored in this way.
Up to 700 million people will possibly be obliged to leave their homelands during the next three decades because of increasing desertification in the landscapes where they live. In the opinion of scientists, there is only one hope: to convince the local farmers of 'sustainable land management'. Tony Rinaudo believes that with FMNR he has found the appropriate method for such management - and just in time to stop, or even to be able to reverse the destruction of livelihoods.
Autor/in

Johannes Dieterich (b. 1957) has reported for more than 20 years from Johannesburg as the Africa correspondent for several German language newspapers and magazines like Berliner Zeitung, Frankfurter Rundschau, brandeins (Hamburg) and profil (Vienna). He has to cover no less than 50 African countries, some of which he still has to explore first-hand. The reporter first met Tony Rinaudo in Somalia in April 2016, afterwards also accompanying the 'forest-maker' to Ethiopia and Niger.
The native Swabian from the abbey town of Maulbronn studied theology and history. After graduation, Dieterich turned to journalism. He spent several years working for television and print media, before being drawn to South Africa following Nelson Mandela's release. His book 'South Africa' was released last year by the Berlin publisher Ch. Links-Verlag. He is married to the South African Merle Dieterich and has two children.