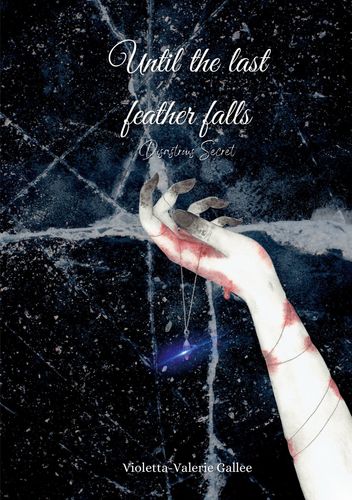 Until the last feather falls

Mehr erfahren
Beschreibung
A human... in a school for magicans? That has to be the most hilarious joke, I've ever heard! But dang it, it's true!
As Luca makes one step into the Silver Magican High, he probably didn't think that his life would change drastically. But then he meets Velvet: the most respected person in the ENTIRE school!
As a fallen angel and the leader of the Fighters, she sure has a reputation.
But as Luca and Velvet get closer, he realizes that she is trying to hide something behind those gorgeous ice-blue eyes. And as her health deteriorates and after a contract, her life is near the line of death, will her secret be revealed after she had tried to keep it hidden deep inside of her? And will Luca be able to save her or will he fail miserably?
Autor/in

Violetta-Valerie Gallee was born 2005 in Austria and lives with her parents and her siblings, along with five cats and two rabbits. Already as a kid, she liked making up stories and since she wanted to share them with the world, she decided to start writing.
Other than writing, she also loves to paint and draw as well as to dance and sing.