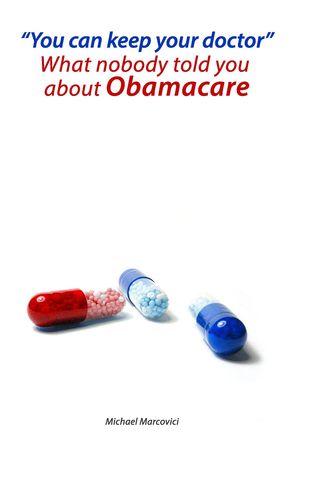 You can keep your doctor!

What nobody told you about Obamacare

Mehr erfahren
Beschreibung
The Affordable Care Act, or Obamacare as it has come to be known, has split American society, politics and media like no other subject in living memory. It is not just the concept itself as there is a pretty general recognition that healthcare needed reforming in the US. It is more the nature and implications of the system that seem to have stirred up a veritable hornets nest of protest - even outrage. Some will see in the extreme reaction of the Republican party, especially the more right-wing elements, an idealogical stance that has more to do with a hatred of big government, state spending and what they see as taking away individual choice. Some will go further and say that it is an almost pathological hatred of this presidential regime and the current Democrat culture which drives opposition to almost destructive - and maybe self-destructive - lengths. A more balanced view might be that Obamacare has both good and bad aspects but that something has to be done and the resultant impact might be necessary pain for some for a period. Whether the system delivers only time will tell. The same goes for whether it will bankrupt the country, cost jobs and competitiveness and generally weaken the US economy. Both sides of the argument have got a lot to lose - and potentially - gain if the pendulum swings their way. It will be an interesting journey.
Autor/in