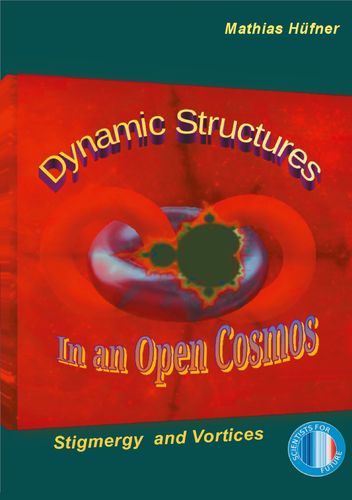 Dynamic Structures in an Open Cosmos

Mehr erfahren
Beschreibung
The restoration of the Pontifical Academy of Sciences served to reconcile science with faith. In other words, physics should be made subservient to faith. The spiritual shepherd nourishes his sheep using paradoxes. For example, the immaculate conception served for centuries. But this belief isn't time relevant anymore. Better is a beliefe based on mathematics.
Modern physics is characterized by a number of paradoxes that can be traced back to the incorrect use of mathematical means of expression in a closed system.
Now, out of concern for the common house, Pope Francis has released the connection to a closed theory with the groundbreaking sentence:
"In this universe made up of open systems that communicate with one another, we can discover innumerable forms of relationship and participation."
Now we are any more looking relativistically at the cosmos as a symmetric blown up ball. We are going back to a real view of an energy dissipative world.
Read how we build on the successes of physics in the 19th century and apply the ideas of Iljy Prigogine on the thermodynamics of open systems to dynamic vortex structures in an open cosmos. Mechanics, thermodynamics and electrodynamics merge with Maxwell's and Stokes' equations to form a unit and the paradoxes disappear wonderfully and we now recognize that a projection of a real vortex filament into a plane gave rise to the idea of an abstract quantum mechanical wave function.
This gives us simple physics from the macrocosm to the microcosm, free of contradictions, and we learn how nuclear fusion really works.
This opens up a clean, CO2-free, effective energy source for us in the future.

The book assumes a basic mathematical and scientific understanding, as it should be conveyed in high schools, but complicated mathematical derivations are largely dispensed with.
After "Modern Astrophysics meets Engineering", it is the author's second book.
Autor/in

The author studied physics in Leipzig from 1964 to 1970. He graduated from the Institute for Radioactive Isotopes. He then worked until 1978 at Carl Zeiss Jena in the Analytical measurement technology department on the development of optical measuring devices and software for the analysis of spectral data.
He later took up a position as an assistant at the former technology section of the Friedrich Schiller University in Jena in the field of cybernetics and experimental planning, studied non-numerical mathematics, computer science and other engineering sciences and received his doctorate in this area in 1983.
After the social change in what was then the GDR, the author started a freelance teaching activity in the field of computer science after several Additional qualifications, which he carried out until he reached retirement age in 2008.
Only then did he begin to work again as an independent scientist in physics and establish contacts around the world. Halton Arp and Paul Marmet, Benoit Mandelbrot and Gerald Pollack in particular had a lasting influence on the author's thinking. So he as a volunteer finally found his way to the Thunderbolts, a small avant-garde community of scientists and engineers who are working on a new understanding of the cosmos. Even if not all the ideas represented there, some of which have a mythological background, are fruitful, the author, with his basic understanding of physics acquired in Leipzig, was able to select the fruitful ideas from the sterile ones.

He also maintains a website http://mugglebibliothek with blogs and YouTube movies on the nonacademic paradigm of the Electric Universe.