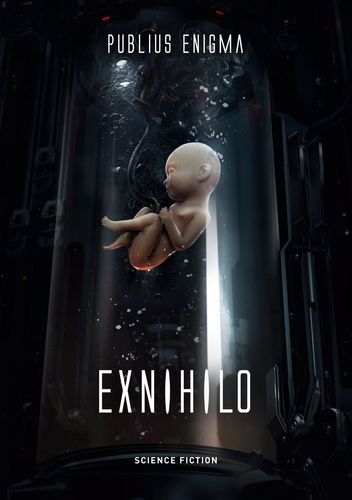 After the devastation of The Total War, there is no one left who can bear children. Humanity has destroyed itself and its home on Earth. Most of the world's population has been forced into exile in space, which has now become their home.

The Interhumane Synedrion brought Elai to life in the year 2239. He was produced in a Moon-based fertility factory and, like all other artificially generated humans, he carries a terrible genetic flaw. A flaw which means average life expectancy is just 41 years.

When a group of scientists pick up a mysterious signal from one of Jupiter's remotest moons, Elai is sent on a mission of discovery.

Is the signal a sign of life? And how will the Interhumane Synedrion react to what Elai finds on Exnihilo?
Autor/in

Publius Enigma is the author behind the books Atlantiz and Exnihilo as well as a few short stories in Just Below the Surface series.