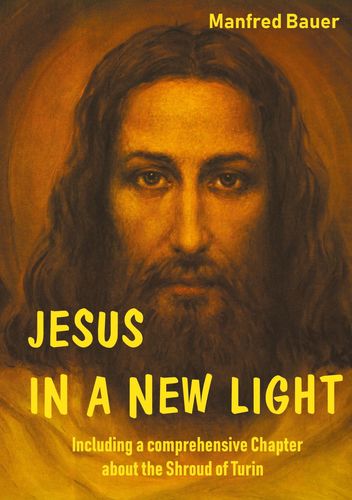 JESUS IN A NEW LIGHT

Including a comprehensive Chapter about the Shroud of Turin

Mehr erfahren
Beschreibung
Biblical statements and beliefs that were shaped by the ancient mindset have been mindlessly repeated for way too long. In the process, some of these ideas were eventually dogmatized. By investigating the historical origin of such dogmas, the author carries out an in-depth analysis of the contents of established Christian doctrines without bothering about political correctness. He is outspoken, but is careful not to throw the baby out with the bathwater. This book is therefore especially aimed at people with an interest in theology who are no longer satisfied with the usual clichés.
During his research, the author put expert opinions to the test and found out quite frequently that they leave much to be desired. He realized that many a Bible scholar makes his or her point on the basis of a limited and incomplete view of the world that is shaped, as the case may be, by his or her own faith or atheism.
As a result of the globalization that has occurred over the past few decades and the greater insight it has afforded us into other religions and worldviews, our perspective on the nature and abilities of spiritual masters such as Jesus has broadened considerably. Since such discoveries have been taken into account only rarely in "biographies" of Jesus, it has been the author's intention to illustrate parallels between the teachings and actions of Jesus and those of spiritual masters from other religions.
This book also asks the questions:
What message does the Shroud kept in turin Cathedral convey to us?
Did Jesus really lie in it?
Does the Shroud make it possible for us to see Jesus` face some 2000 years after his death?
With forensic meticulousness, the author provides proof that not everything went by the book during the 1988 radiocarbon dating that "exposed" the Shroud as a medieval fake. The role of the Catholic Church leadership comes thereby under intense scrutiny.
Hence, the aim of this unconventional book is to invite the reader to accompany the author as he tries, with the help of Jesus' example, to acquire a better understanding of the meaning and purpose of human existence and to show what consequences such a better understanding might have for the way we conduct our lives.
Autor/in

Manfred Bauer was born in Sudetenland (a region that is now part of the Czech Republic) in 1944 and grew up in Bavaria (southern Germany). He has been married for more than 50 years and lives in western Germany.
As a practicing, though not dogmatic Catholic, he has always been deeply interested in finding an answer to people's fundamental questions about the existence of God and the meaning of life. In his attempt to do so, he has been delving into religion, science, philosophy, and esotericism since his youth. During these researches, he has consistently given central importance to the person of Jesus and his teachings.
Regular yoga exercises and meditation have been conducive to broadening his worldview not only in theory, but also in practice.
He spent his entire professional career in the German income tax administration and worked for many years in the field as an auditor, tax investigator, and head of department. As such, he was in a position to look behind the scenes of our society day in, day out. Over time, this has led him to develop a critical attitude to the statements issued by any type of authority.