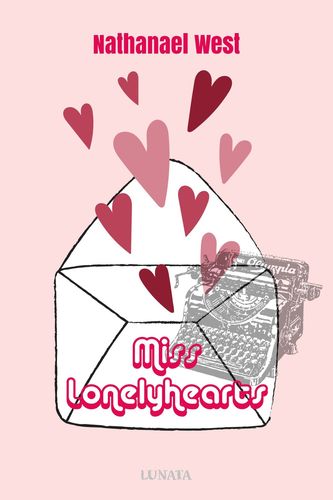 Mehr erfahren
Beschreibung
An Expressionist black comedy set in New York City during the Great Depression. Miss Lonelyhearts is an unnamed male newspaper columnist writing an advice column for the lovelorn and lonesome, a duty that the other newspaper staff considers a joke. As Miss Lonelyhearts reads letters from desperate New Yorkers, he feels terribly burdened and falls into a cycle of deep depression, accompanied by heavy drinking and occasional bar fights. He is also the victim of the pranks and cynical advice of Shrike, his feature editor at the newspaper.
Autor/in

Nathanael West (born Nathan Weinstein; October 17, 1903 - December 22, 1940) was an American author and screenwriter. He is remembered for two darkly satirical novels: Miss Lonelyhearts (1933) and The Day of the Locust (1939), set respectively in the newspaper and Hollywood film industries.