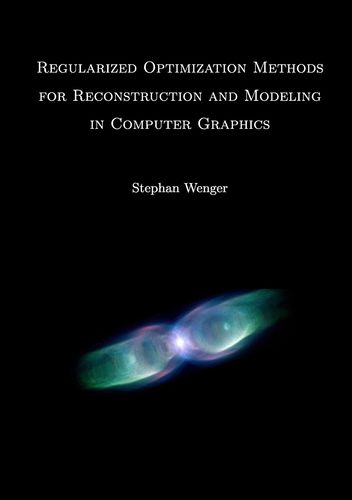 Regularized Optimization Methods for Reconstruction and Modeling in Computer Graphics

Mehr erfahren
Beschreibung
The field of computer graphics deals with virtual representations of the real world. These can be obtained either through reconstruction of a model from measurements, or by directly modeling a virtual object, often on a real-world example. The former is often formalized as a regularized optimization problem, in which a data term ensures consistency between model and data and a regularization term promotes solutions that have high a priori probability.
In this dissertation, different reconstruction problems in computer graphics are shown to be instances of a common class of optimization problems which can be solved using a uniform algorithmic framework. Moreover, it is shown that similar optimization methods can also be used to solve data-based modeling problems, where the amount of information that can be obtained from measurements is insufficient for accurate reconstruction.
As real-world examples of reconstruction problems, sparsity and group sparsity methods are presented for radio interferometric image reconstruction in static and time-dependent settings. As a modeling example, analogous approaches are investigated to automatically create volumetric models of astronomical nebulae from single images based on symmetry assumptions.
Autor/in

Stephan Wenger received his Diplom degrees in physics and computer science from TU Braunschweig, Germany. In his work as a computer graphics researcher, he tries to bridge the gap between these disciplines to create novel and appealing visualizations for physical phenomena.