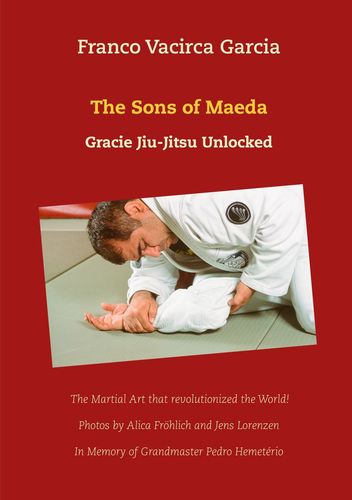 The Sons of Maeda

Mehr erfahren
Beschreibung
Had there been no Mitsuyo Maedas, with the emphasis on the plural Maedas, jiu-jitsu would probably have been forgotten during the 20th century.

We owe the survival of the valuable and unique knowledge of this martial art to numerous masters who left their native Japan at a young age around the turn of the century before last for an uncertain future in the West. They all took an arduous journey, either to leave behind a rapidly changing Japan after the Meiji Restoration in 1868 and to create better prospects for their future lives, or because, like Maeda, they were expressly sent out into the wide world by their masters to spread the "gentle art".

This is my story of the Jiu-Jitsu that came from Japan to Europe, and to Brazil, to later spread throughout the world.
-Franco Vacirca Garcia
Autor/in

Franco Vacirca was the last private student of the great Gracie Jiu-Jitsu Grandmaster Pedro Hemetério, who had taught for over sixty years in São Paulo (Brazil) under Carlos and Hélio Gracie. Franco has been involved in various martial arts for over 40 years, including Jeet Kune Do, Filipino Kali Eskrima and Muay Thai Boxing.

In 1995, together with his brother Demetrio, he brought authentic Brazilian Jiu-Jitsu to Europe and since then he holds the highest BJJ degree (6th degree black belt) in Europe. His graduation took place through the Jiu-Jitsu Global Federation, by President Master Rickson Gracie.

The Vacirca Brothers Jiu-Jitsu teaching method is now present in many countries around the world. Under the personal supervision of Grandmaster Carley Gracie, son of BJJ founder Carlos Gracie, the Vacirca Brothers continue their mission to promote the art of "Arte Suave".