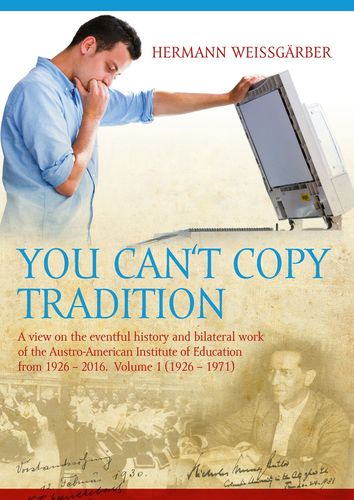 Mehr erfahren
Beschreibung
The horrors of World War I left a mark on all of Europe as well as on the United States of America. Within the political, intellectual and academic life the catchphrase of international good will established itself. This term, rather this vision, must not be ignored in the context of the birth hour of the Austro-American Institute of Education, when international education was still in its infancy.
The institute´s founder, Paul Leo Dengler, seized an opportunity presented to him at the end of 1925 – apparently just in time amidst the pioneering spirit following World War I – to propose and present his Amerika-Institut in Vienna to leaders of the Institute of International Education in New York. Eventually, in March of 1926 the Austro-American Institute of Education (AAIE) was founded in Vienna.
The idea of a comprehensive history of the AAIE is to shed light on the evolvement of some of the most significant intellectual forces that have been shaping international cultural relations over the past century.
Volume I of AAIE´s history takes a close look at the activities, programs, key-players and the bilateral mission of Dengler‘s institute during the years 1926 –1971.
Autor/in

Hermann Weissgärber was born in Vienna in 1968. He is a graduate of the University of Vienna in English Philology and History and attended executive education programs at Harvard Business School. His career at the Austro-American Institute of Education started in 1986. His family´s engagement in AAIE dates back to the year 1949. Since the year 2000 Hermann Weissgärber has been director of the AAIE, Austria´s oldest cultural institute of its kind. In 2011 he was awarded the Decoration of Honour in Silver for Services to the Republic of Austria by the Austrian Federal President.